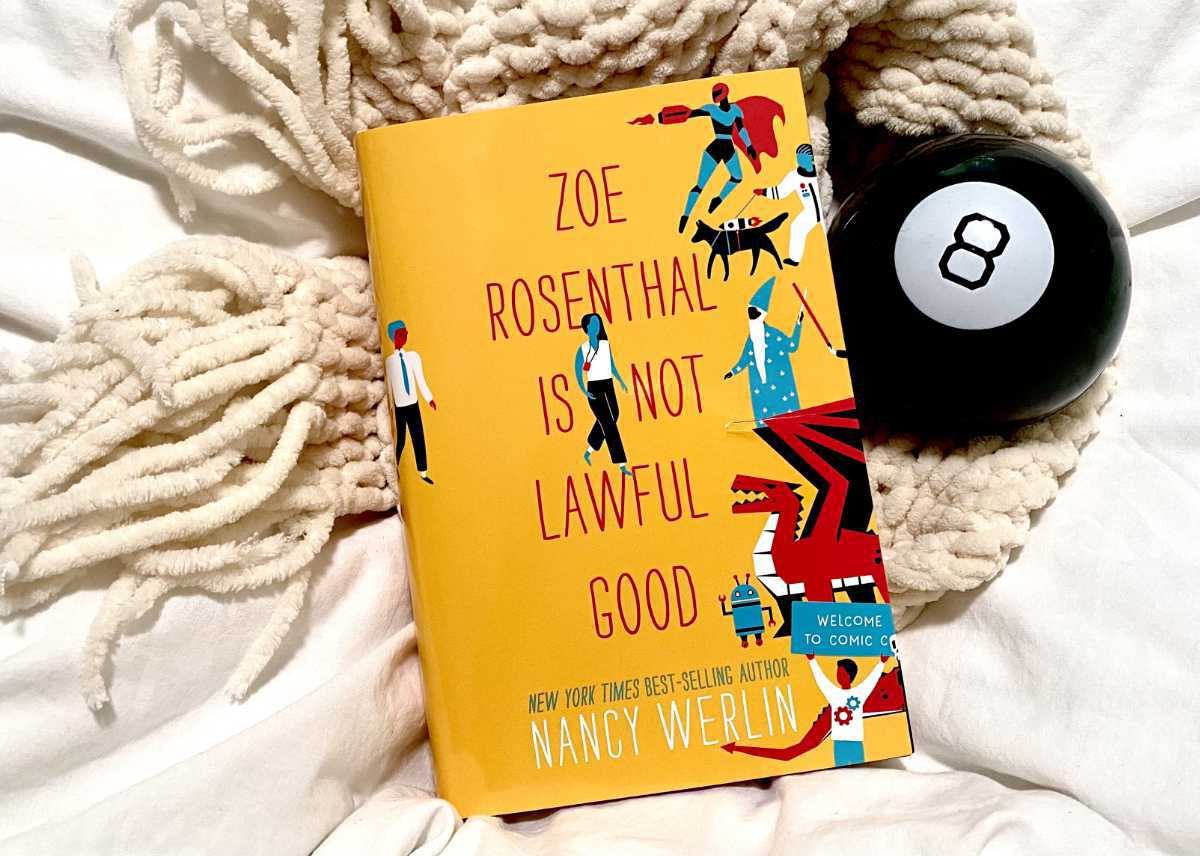 Zoe Rosenthal Is Not Lawful Good

Rating: 2
While the concept of the overall plot was good, the execution was sub-par. The characters didn’t seem to have one set personality, and their interactions and dialogues were almost physically uncomfortable to read. And the whole crisscross of sub-plots was generally disorganized.
Buy this book

When looking for a book to read, some people gravitate to settings, characters, or plots they might personally relate to. As someone who’s part of a myriad of fandoms, I was instantly drawn to this story of a fangirl leading a sort of double-life. I thought it would be fun to see what happens to Zoe Rosenthal and her friends when real life and fandom life clash. However, I was really disappointed. It just felt sloppily written, and was generally hard to follow.

Zoe Rosenthal is from Boston and prides herself in being the perfect girlfriend and citizen, and always stays organized with her trusty bullet journal (which ends up playing no significant role in the story like it would seem). She’s currently dating her perfect boyfriend and fellow perfect citizen Simon, who is dedicated to politics and government and has absolutely no time or care for mindless TV trash. He believes there are real-world problems to deal with that are far more important than watching stupid shows. Around him, Zoe totally agrees. But when she’s alone, she binge-watches her favorite sci-fi/drama Bleeders.

One day, she sneaks off to a convention in Atlanta to watch a special preview screening of the new season, telling Simon she’s home sick. Her plan is to fly there, watch the preview, then fly back home by the next morning and nobody would even notice she was gone. However, while she’s there, she makes some friends — which was something she explicitly told herself she wouldn’t do. At this point, the book was already lost on me. She ends up in an (unsurprising) predicament where the secret of her fandom life is in jeopardy — but so is the life of the fandom itself. It’s up to her and her friends to save their beloved show without anyone finding out she’s a part of it. This probably seems like a pretty good plot, and it is, but the writing just ruins it.

The pacing was hard to follow, the characters were incredibly inconsistent, and multiple points and plotlines felt unnecessary and added to the complexity of reading. And attempts at diversity felt extremely forced and just fell flat. Overall, it was just unpleasant to read.

If it had been more streamlined and thought out it might have been enjoyable, but as it currently is, I unfortunately do not recommend it. Nancy Werlin definitely made an attempt, but it didn’t quite hit the mark. I wish I could give this book a better review, but in order to ensure this site’s content is completely honest, I just can’t. Hopefully May is better.