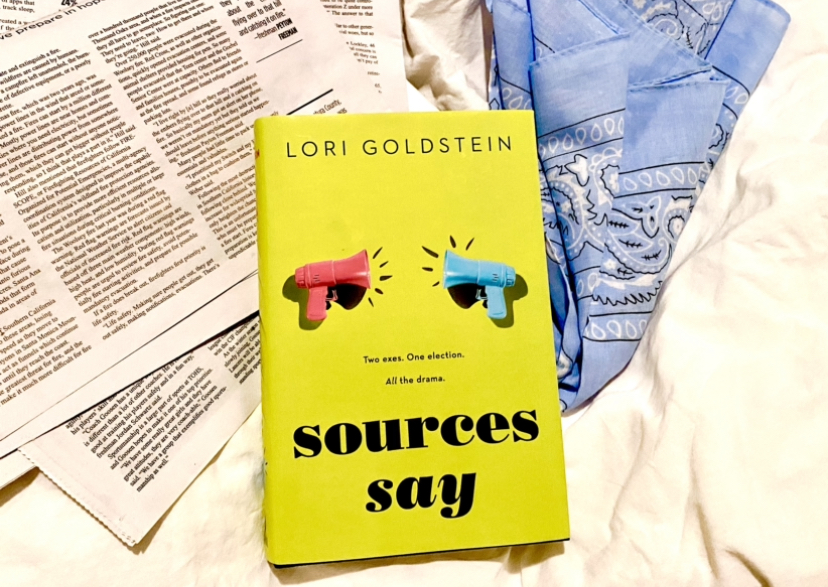 Rating: 5
This book managed to be funny and thought-provoking at the same time. The relatability and timeliness, and the general accuracy of the high school experience, all made this one of my favorite reads.
Buy this book

With the whirlwind of the 2020 election in full force, reading has become a sort of escape from the real world. But what about a book about an election? “Sources Say” couldn’t have come at a better time than now. Not only is it well-written so that it’s enjoyable instead of cringey (like some other teen slice-of-life books written by adults), but it’s a devilishly accurate representation of not only the state of America (if America was a high school), but also of many schools in general.

We start with an excerpt from a news article written by Cathleen (Cat) Quinn, the Editor In Chief of The Red and Blue, her school’s newspaper. While slightly cryptic since there’s no real context yet, we know it’s about the beginning of a messy fight that started at a party between two students at Acedia High School: Cat’s sister and popular YouTuber Angeline Quinn and her now-ex-boyfriend Leo Torres – who’s mom is running for Congress.

Throughout the book we are given two main perspectives generally alternating each chapter. Personally, this format can be confusing to follow and a bit annoying since something interesting might be happening with one character but then the perspective changes and that excitement gets lost, but this book pulled it off flawlessly.

We’re also introduced to some of Cat and Angeline’s family and backstory, as well as their friends – and foes – who each play an important role in the crazy election for student council president. From unpunished culprits pulling controversial pranks giving off a who-dunnit feel, to an anonymous newspaper rivaling The Red and Blue with its “facts” about what happened at that fateful party and half-truths about the two StuCo candidates, every student at Acedia has some role to play.

This book really keeps you on your toes right up until the end – which wraps up beautifully. I really recommend this book to everybody, whether you’re interested in high school relationship/drama stories or not. It really has something for everyone.