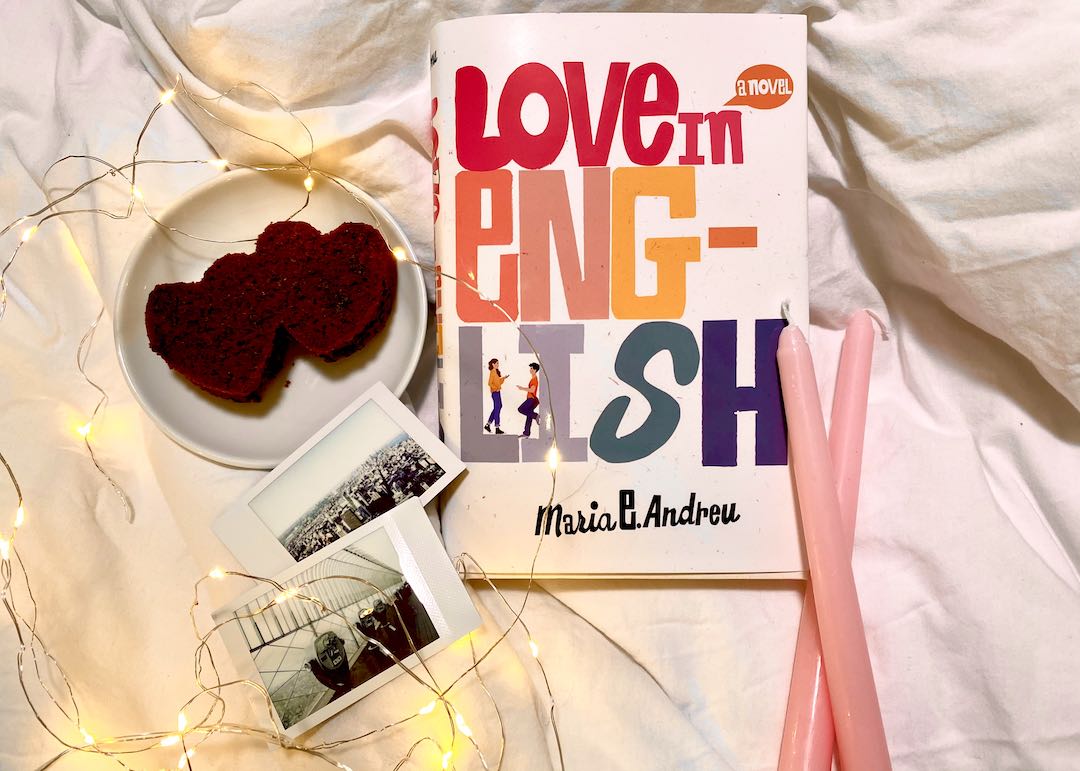 Rating: 4.5
This book is as serious as it is exciting, deep as it is lighthearted, and inspiring as it is adorable. It was absolutely gripping from start to finish, and nothing short of an on-point romance novel. My only hesitancy was how it would handle certain topics, but it was really done quite well.

For February, what better book to read than something cute and romantic? “Love in English” by Maria E. Andreu has honestly got to be one of the best romance books I’ve read. I really couldn’t put it down – I was totally invested from the first page to the last. And while I was slightly skeptical of how it would address things like immigration, culture, and the general high school experience, I quickly realized there was no cause for concern. It manages to tackle these and other large, relevant issues quite gracefully, while still being authentically adorable.

Our main character is Ana, an Argentinian girl who moved to New Jersey and is struggling with learning English. As a poet, she’s always had an affinity for words, but with this new challenge – on top of trying to please her parents, survive high school, and settle into her new life in America – she’s feeling a little (well, a lot) lost. And to top it all off, she’s head over heels for the perfect all-American boy from her math class, Harrison, while simultaneously trying to figure out the Greek Cypriot boy in her ESL class, Neo.

Ana often talks about how she misses life back home and the simplicity of understanding every word, but she knows that’s in the past, and all she can do is move forward. Her father – whom she hasn’t seen in years – doesn’t make things easy though, enforcing her and her mom to only speak English at home, and constantly reminding her she should get a job in math or science. Thankfully, Ana finds a friend in a popular girl from her art class, Altagracia, who’s also Latina. Slowly, Ana starts feeling more comfortable with English – and America in general – and she finds herself opening up to new places, ideas, and people she had only dreamed of before. But just as soon as things are looking up, life finds a way to go sideways, and Ana finds herself once again feeling lost and just not having the right words.

Even though I started off a little wary of how the book would go, I ended up absolutely in love. It was cute, it was funny, and it was altogether amazing from start to finish. It really is a great book. And in a world that could always use more representation in media, “Love in English” remains a totally lovable story while staying true to its characters and their cultures.

I definitely recommend this book for anyone looking for something truly charming, but also intense, real, inspiring, and all-around captivating. It’s so well-written and enjoyable it might just be one of my all-time favorites.

Note: Just a head’s up, the dust jacket on the hardcover version has an unconventional texturing to it, which may be problematic for people with tactile sensitivity (or that just might not like the feel of it). 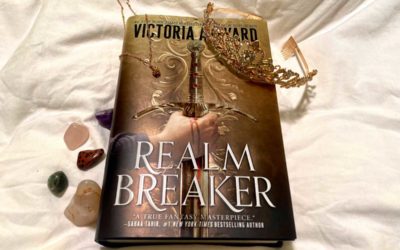 Adventure, fantasy, magic, and the fate of the world in jeopardy is a tried and true combination. But it takes a certain ability to make it engaging but not feel rushed or annoyingly dragged out. Victoria Aveyard exhibits this ability in Realm Breaker. However, while... 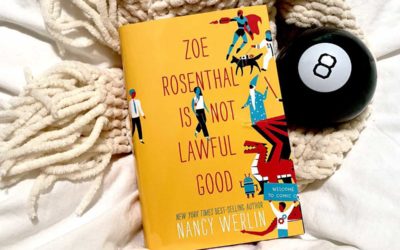 Zoe Rosenthal Is Not Lawful Good

When looking for a book to read, some people gravitate to settings, characters, or plots they might personally relate to. As someone who’s part of a myriad of fandoms, I was instantly drawn to this story of a fangirl leading a sort of double-life. I thought it would... 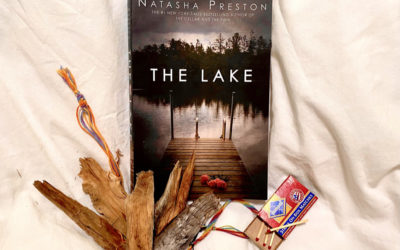 We may be far from October, but that’s no reason to pass up a truly terrifying story. A mystery, thriller, and ghost story wrapped up in one, “The Lake” by Natasha Preston is as creepy as they come. Coming into it, I had more expectations that it would be on the...