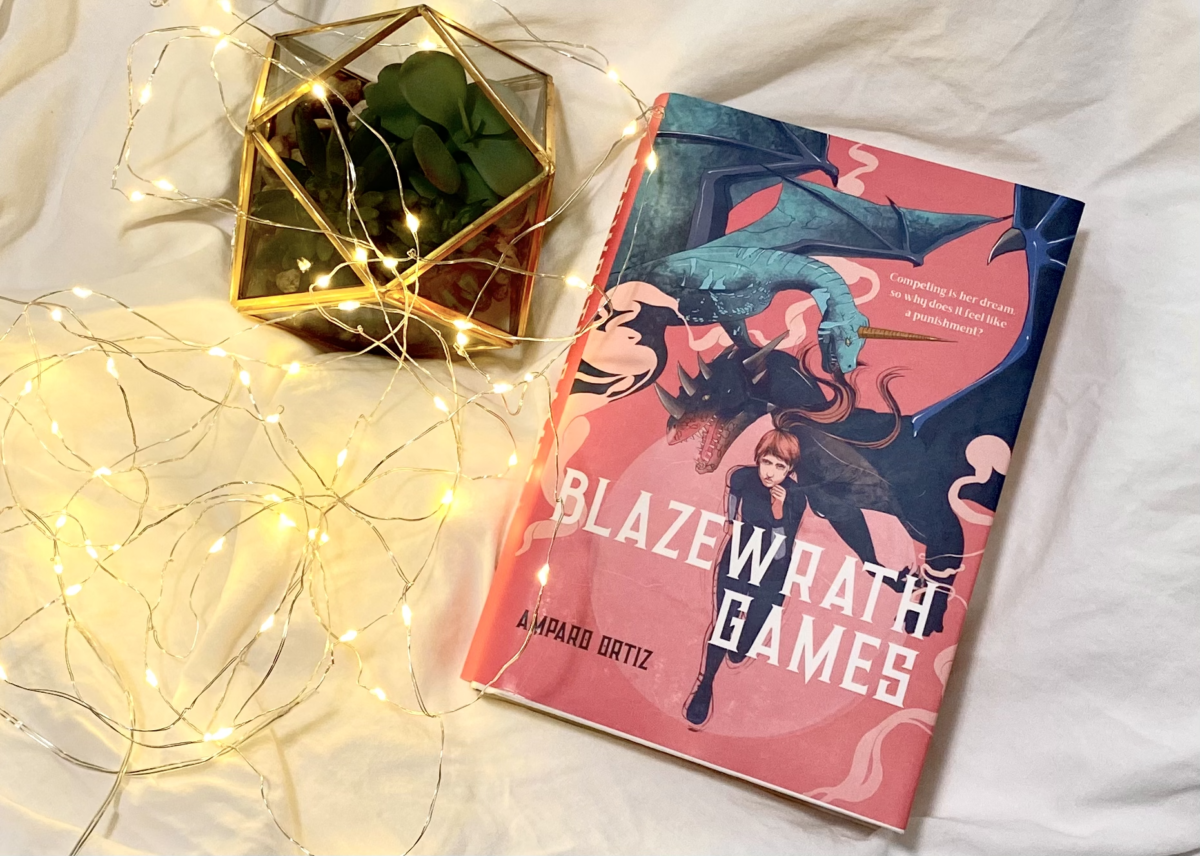 Rating: 2.5
This book just didn't live up to its potential. While it was a solid plot and I enjoyed the suspense leading up to the climax, it just fell flat.
Buy this book

In honor of Latin Heritage Month we decided to review a book by a Latinx author. For this, we chose Amparo Ortiz’s “Blazewrath Games.” Unfortunately, it didn’t really live up to its Hunger-Games-meets-Harry-Potter potential. It wasn’t necessarily bad, but there was a lot about it that just didn’t work or didn’t make sense. An excess use of Gen Z references at the beginning felt very forced and unnatural. Unnecessarily in-depth descriptions of the smallest details (many of which didn’t seem to even affect the plot much) made the book feel slow and not as exciting as a story like it should be. Plus, some characters were unmemorable and seemingly irrelevant, making it hard to keep track of them.

In the story, dragons and witches/wizards live among “regulars” (non-magic people). We’re first introduced to Lana Torres, a regular who’s obsessed with Blazewrath, and her best friend, a struggling witch. Lana grew up in Puerto Rico, but an incident with an “un-bonded” dragon (a dragon with no rider, which are wild and very dangerous) caused her parents to divorce. Her mother brought her to the United States, while her father went to Brazil to study the un-bonded dragons there. There’s also Lana’s cousin Todd, whom she despises. However, he’s one of the ‘seemingly irrelevant’ characters.

Later on, we learn about a dragon cursed to be human named The Sire, who is going around the world releasing un-bonded dragons from their sanctuaries (like the one Lana’s father works at). Each species he sets free has very specific special abilities. However, we don’t yet know why he’s doing this. And we’re even more curious after Lana has a run-in with a very special kind of dragon at a wand shop that, to her and the public’s knowledge, isn’t supposed to even have a dragon. She also meets her Blazewrath idol, but not how she had expected to. This encounter spirals Lana into a side of Blazewrath she never knew existed, and puts the life of her and her friends and family in jeopardy.

All in all, it has the potential to be a great book, but it just doesn’t feel like it was executed to the level it could have been. It’s interesting once you get past the slowness of the beginning, but a lot of plot holes and general confusion make it hard to follow. Also, the quotes at the beginning of each chapter seem random and irrelevant to the rest of the story.

It could have been a great book, but unfortunately I have to say I don’t recommend it. There are just other better ones out there.