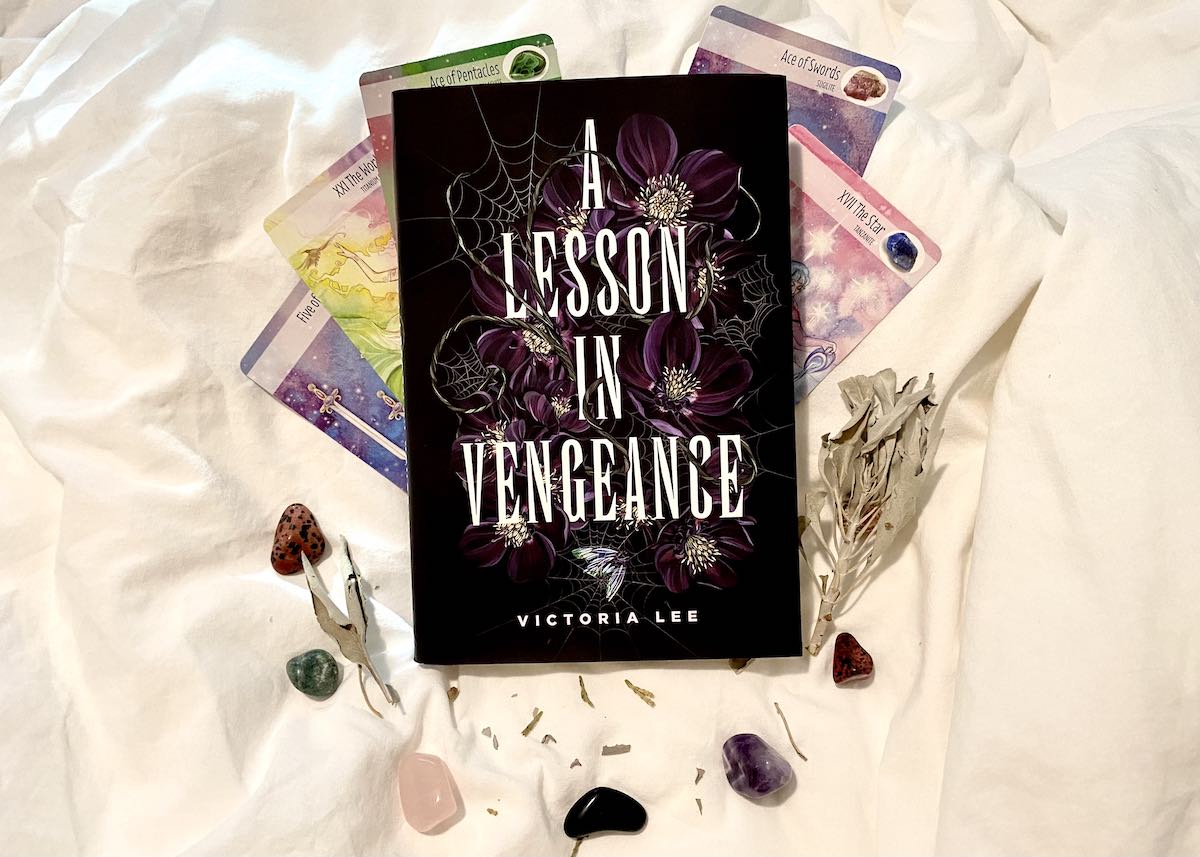 Rating: 4.5
Totally creepy and mind-bending, this book was a real thriller to the very last line. Just the right amount of plot twists left and right made sure it never got boring. And every character was as thought-out as the plot itself.
Buy this book

They say don’t judge a book by its cover, but any book with beautifully creepy cover art is sure to be good. A read that holds you in a trance until you’re finished with it, “A Lesson in Vengeance” is everything a modern queer dark academia should be and more. Filled with more plot twists than one would think possible, it is truly one of the most awe-inspiring books I’ve ever read.

The main character, Felicity Morrow, is a senior at the famed Dalloway School, who is repeating her final year following the shell-shocking death of her girlfriend, Alex. Before Alex’s death, Felicity had been drawn to the deep, dark history of occult magic that runs through the school. But this year, she’s promised herself she would stay away. However, that turns out to be a difficult task when she learns new student and famous young author Ellis Haley is one of her house mates. Ellis quickly asserts her place as queen of Godwin House, with the other girls of the house – and the school – pushing to get in her orbit.

Ellis’s method writing style soon attracts even Felicity, who becomes of great interest to Ellis. Determined to learn her secrets, Ellis works her way into gaining Felicity’s trust and friendship – and more. Surely enough, Felicity has forgone her promise at the beginning of the year (albeit reluctantly at first) and agrees to aid Ellis in writing her newest novel about the infamous Dalloway Five: five girls of Godwin House, believed to be witches, who attended Dalloway and died one after the other of inexplicable and sinister causes. As her past begins to catch up to her, Felicity begins questioning whether returning to Dalloway was a good idea. But this realization might have come just too late.

This book was definitely one of my favorites. Granted, the “unreliable narrator” trope made it a bit confusing to figure out what was true and what wasn’t, but that was really all part of the fun. From beginning to end, Lee’s writing was advanced in all the best ways. It felt like a long, fascinating campfire ghost story.

I highly recommend this book to everyone. You don’t have to be a fan of horror to like it, but I’m sure anyone that is definitely would. It is quite spooky, and kind of messes with your head, so if you do have any reservations, I suggest keeping that in mind. But overall it’s a great chilling book to read under warm blankets – but maybe just not at night. Hell Followed With Us

Quite the timely book, “Hell Followed With Us” by Andrew Joseph White came into this world just when it was needed. This book weaves a fictional but terrifying dystopian future out of the threads of a not-so-fictional present. But it also serves as a reminder that as... In honor of Asain American and Pacific Islander Heritage Month, Grace K. Shim’s “The Noh Family” stands out as a fun twist on the combination of many popular K-drama tropes. This heartwarming story was full of twists and turns that truly took it from simple to...

This May End Badly

Everyone has a comfort zone. In terms of reading, that could be a favorite book, a dependable genre, or a reliable author. For some, the go-to is a traditional teen romance. Add the twist of a raging prank war between two rival schools and all the drama that follows,...